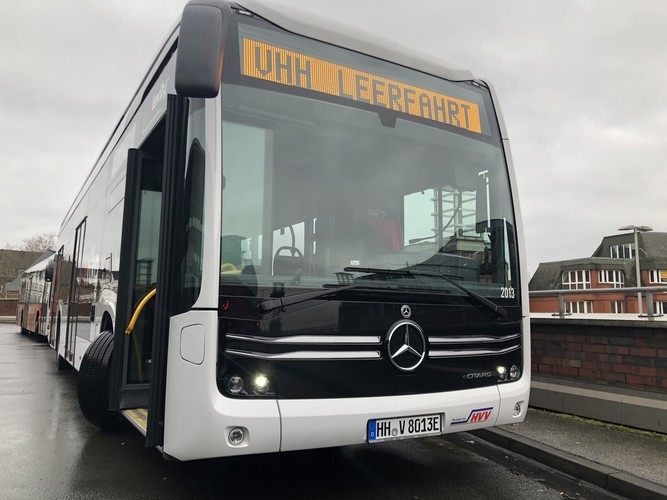 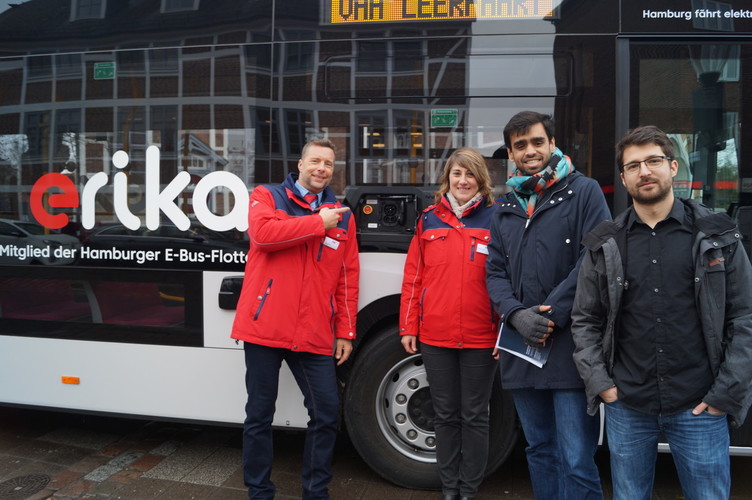 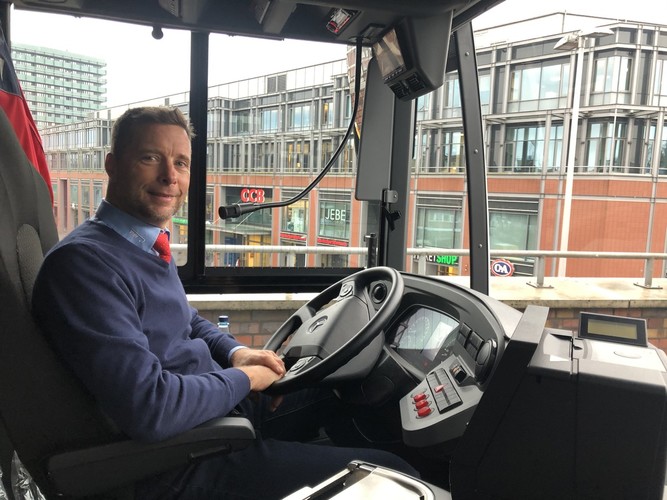 BSR-Electric's third use case has made significant progress today, with the official hand-over of 16 fully electric buses to the Verkehrsbetriebe Hamburg-Holstein GmbH (VHH), the public transport operator of the metropolitan region of Hamburg.

The “eCitaro” electric solo buses, some of which are already being used in regular service from the Bergedorf depot, are 12 meters long, low-floor and have three doors. Its top speed is 80 kilometers per hour. The traction batteries are housed on the roof and in the rear and store energy for a range of 170 kilometers. We interviewed Collin Jakobs, when he came to VHH over 20 years ago, he had been a bus driver for five years. Today at VHH he's primarily responsible for internal communication and provides his colleagues with the most important information at all depots. In the video below, he guides us through Bergedorf's newest e-buses:

The next steps for BSR electric are the acquisition and analysis  of data from the e-bus operation over the next months. The impact of different parameters to the actual range of the bus, such as weather / temperature, driving behaviour and route characteristics would be assessed. It is crucial to know how the parameters affect the range, because the range is critical to a successful bus operation and can vary strongly during driving (if you have ever driven an e-car you can observe how the estimated range drops once you accelerate). In order to gather the data we are defining a set of test drives which will start soon.

Like all VHH e-buses, the eCitaros were designed in the "elexity" design. In addition, all VHH electric buses have a name that begins with the letter "E". The employees of the VHH were allowed to choose the first 16 names, including Erika, Emil, Emre and Evita. Now the passengers can take a turn and can have a say in the name of the 17 eCitaros that are expected at VHH at the end of the year. If you would like to participate, send your proposed name (four to five letters) by email to elexity@vhhbus.de by March 1, 2020.