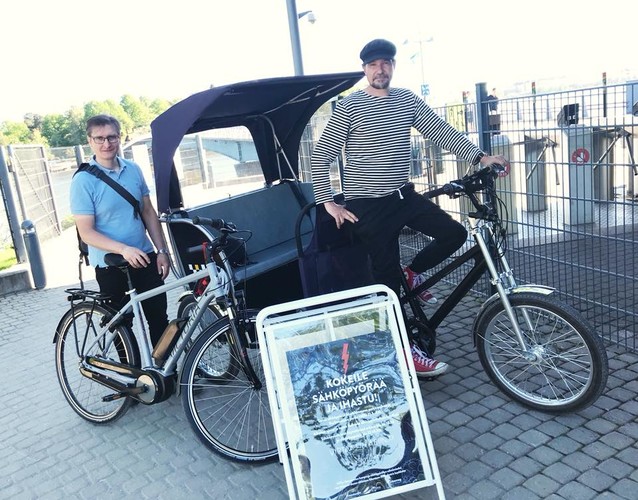 In spring 2018 the project was looking for families who were interested in testing e-bikes and substitute their second car with a bike for a month. In June 4 families were selected (out of over 900 registrations) to join the social media content on their e-bike experiment.
Four short films about the families’ test month accompanied the project. The videos were marketed with social media advertising. The films are available also in English text versions and clean versions without any text if some organization will use them. Here is one example of English text version:

An e-bike testing campaign at Korkeasaari zoo from May 21st to June 3rd offered families the possibility to go by e-bike from the parking slot to the gate of the zoo or vice versa (around 400 meters).
Thereby the parents had the opportunity to try e biking while the children traveled with an e-bike taxi. Around hundred families participated the campaign, which resulted in a very positive feedback of the participants.
Three videos about the testing campaign at Korkeasaari were produced. The English version of one Korkeasaari video is available:
https://drive.google.com/file/d/10ykieK8Lwue31Cv-lSor6MZZA8kG9REM/view?usp=sharing